In my previous blog post, I mentioned that the Shawnee National Forest was my work site and that it’s located somewhere in Illinois, but not much else. So for this post, I’d like to show you around the forest!

Shawnee is a mixed deciduous forest, mostly oak-hickory, that spans 289,000 acres across southern Illinois. Being one of the smaller and lesser-known National Forests, I’ve come to think of it as Illinois’ hidden gem. When I first came here back in October, I was surprised by the forest—I imagined the Midwest to be miles and miles of flat prairie and farmland (I’d never been to the Midwest before, remember?). While it is true that Shawnee does not gain much in elevation, the forest’s definitely not flat at all due to the abundance of bluffs within the area. 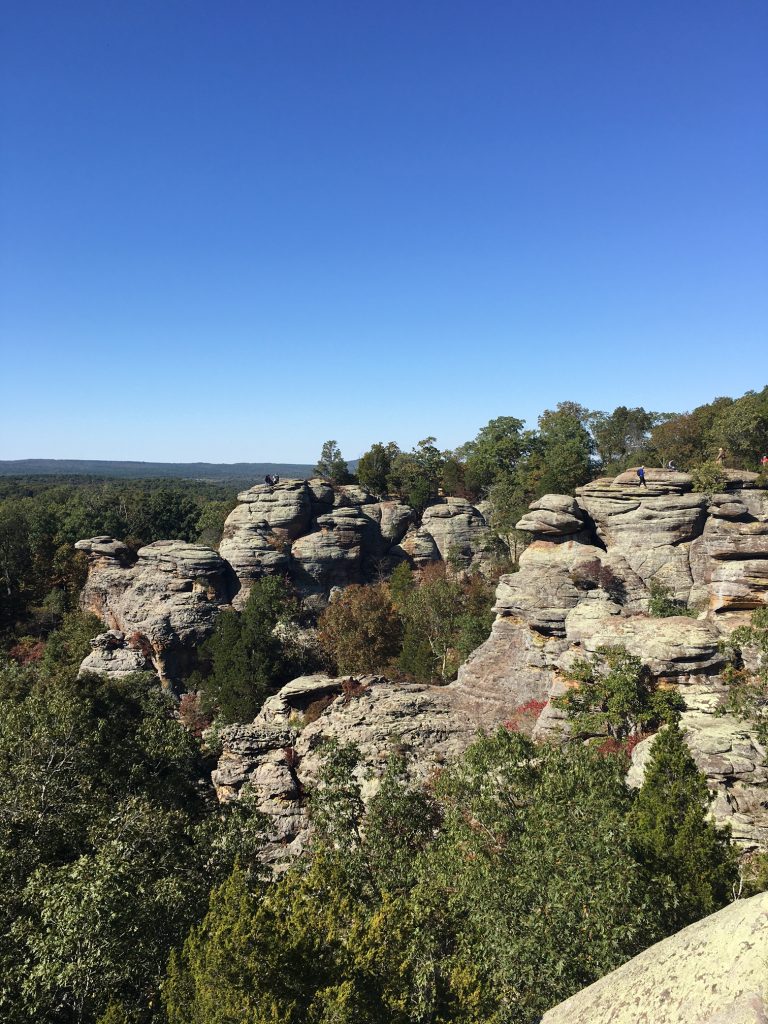 After talking with the trail crew and others at the ranger station, I learned that Shawnee is located in a special spot due to several different ecological regions overlap. Being a forest of crossroads means that there’s incredible diversity in both plant and animal species.

I’ve started to learn to identify some tree and bird species, but I definitely have a long way to go. But now I can recognize the big oval leaves of the Pawpaw tree and the high-pitched calls of the Pileated Woodpecker. Besides the ecological areas, there are several archeological sites and seven different wilderness areas. 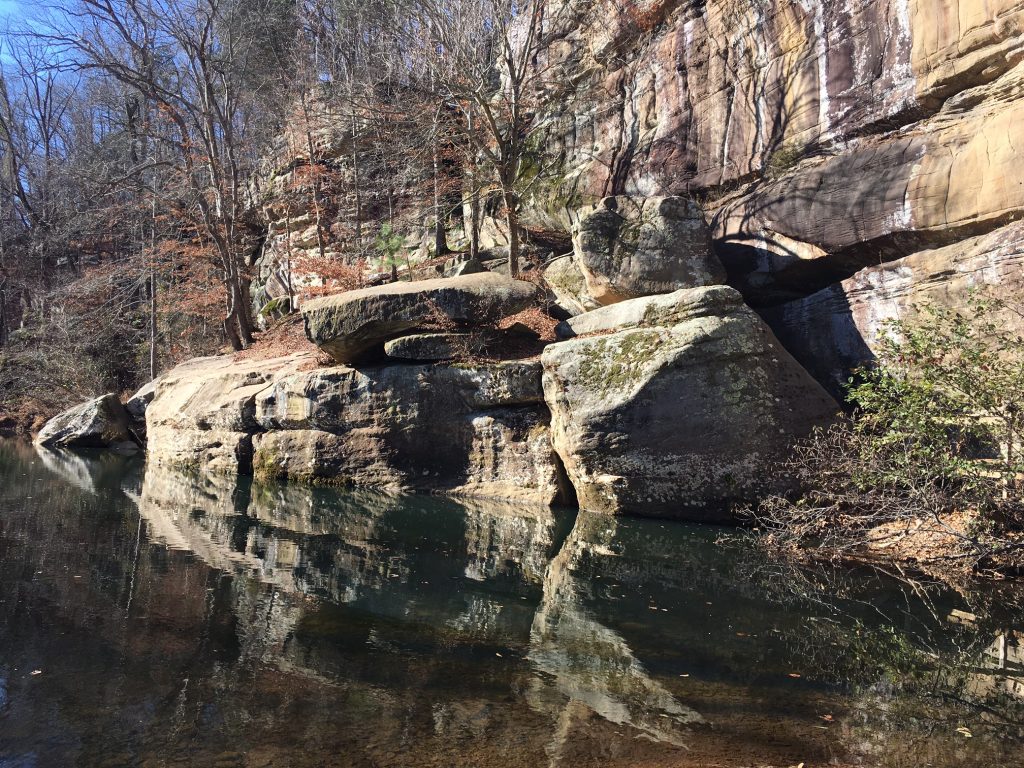 Working on the trails, I’ve been lucky enough to meet some trail users while out in the field. I’ve noticed that it’s just as common to see horseback riders as it is to see hikers and backpackers. Before coming to Shawnee, I never saw horses on any of the trails I hiked on, so that’s been a cool thing to see! Our most popular hikes are Garden of the Gods and Bell Smith Springs, located on the east side of the forest. Another great thing about Shawnee is that the River to River trail, a backpacking trail that runs from the Mississippi River to the Ohio River, intersects at points with the forest. 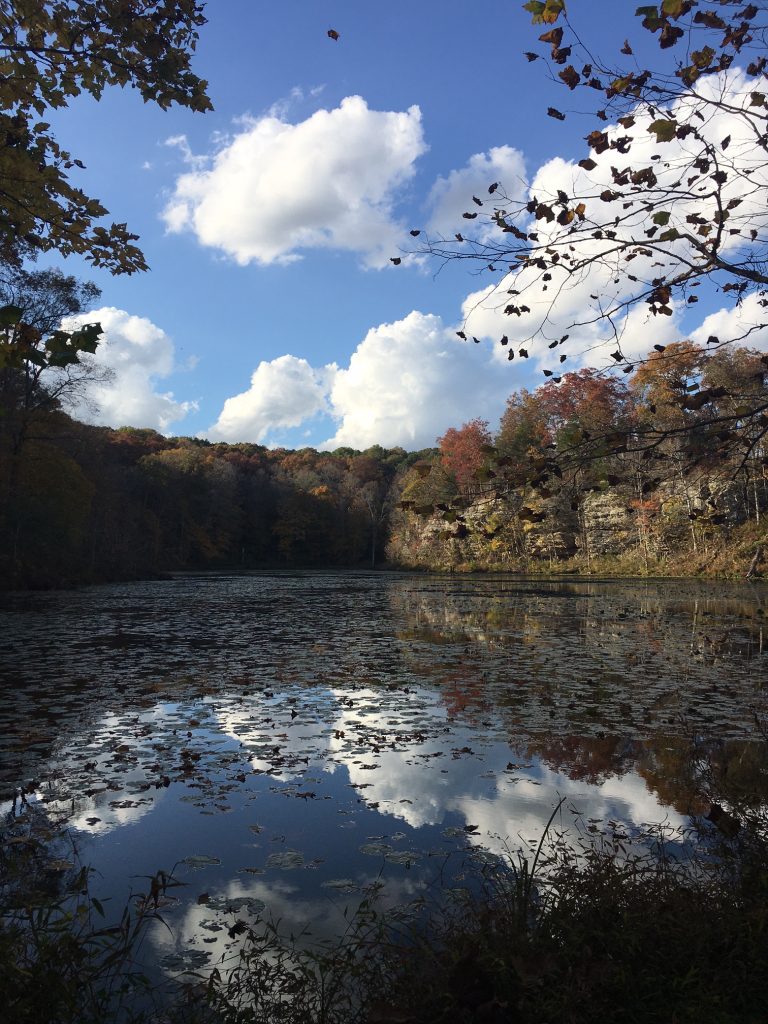 Now that you know more about Shawnee National Forest, I hope it’s made you want to visit us one day!