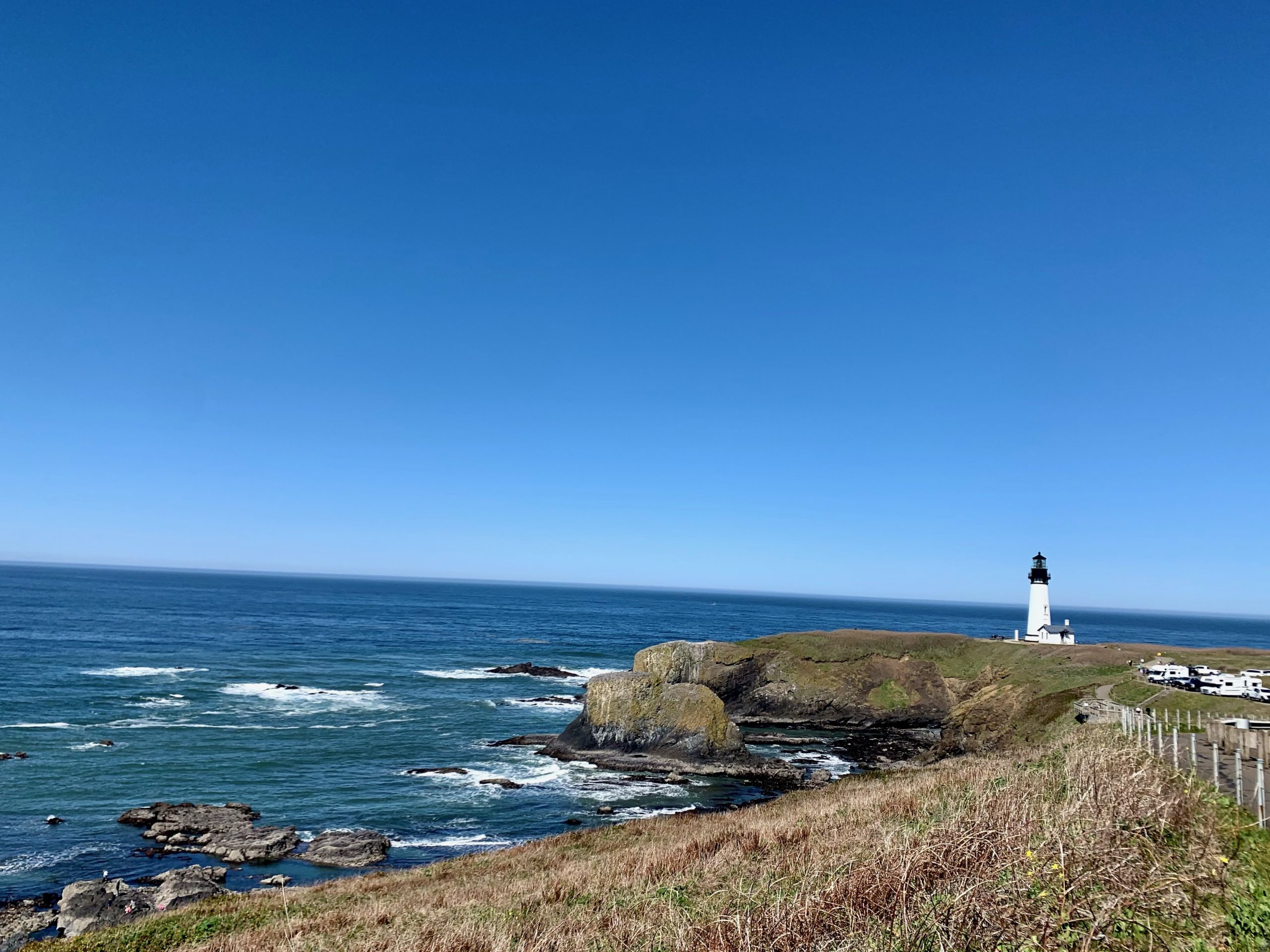 17 Jun The Many Wonders of Oregon’s Tallest Lighthouse

Imagine this: You’re standing on top of a coastal cliff, as wafts of salty ocean air and blooming wildflowers flood your senses. While near the cliff’s edge, you’re able to look beyond a fence to see a small town enclosed between thick stretches of tall evergreen trees and tranquil blue waves with a light sandy shoreline. As you look further down towards the beach below, you notice ripples of thin, white streaks stemming from waves crashing along the shoreline and rocky cliffs beneath your feet. About a mile away from the cliffs, you can see a handful of surfers in dark wetsuits wobblily attempting to stand upright on their surfboards only to crash into the water a few seconds later. Looking to the right of the fence, while facing the water, will allow you to look past masses of trees, grass, and wildflowers to see a narrow pathway snaking in between a road for cars and the ocean itself. As you make your way closer to the paved trail, a slender, coastal headland stretches out about a mile into the Pacific Ocean. To the left of the headland is strikingly blue water littered with jagged rocks, galumphing harbor seals with their pups, and a variety of seabird rafting along the waves. To the right of the headland is a vegetated hill where a gravel path winds itself around to the top which offers a breathtaking 360º view of the site and neighboring towns. At the tip of the headland itself stands an upright, white tower. A watchful guardian of the Pacific Northwest coast. The Yaquina Head Lighthouse— the tallest lighthouse in Oregon. 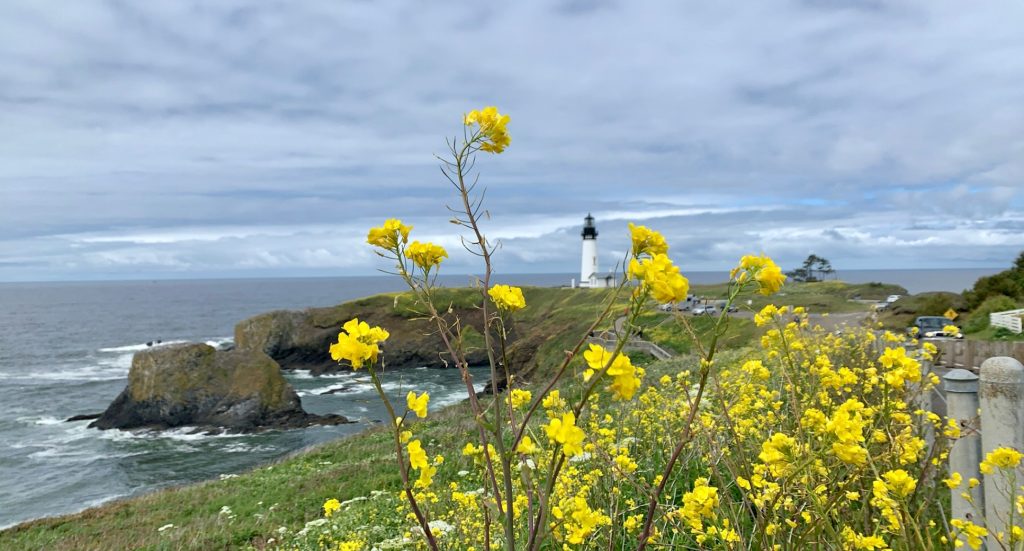 Located on the central Oregon coast, the Yaquina Head Lighthouse shoulders utmost significance to the Pacific Northwest from both a historical and cultural perspective. When in commercial use during the 1870s to early-mid 1900s, the lighthouse guided countless voyagers and vessels to the stability of land. Keep in mind that the Oregon coast, a rugged 360 mile stretch with unpredictable weather and coastlines, is often regarded as one of the most dangerous parts along the U.S. coast to navigate. Several shipwrecks and tragedies have struck the Oregon coast in the past, but with the devoted attention of lighthouse keepers and the U.S. Coast Guard, the historic lighthouse had been able to lead a multitude of boats safely ashore over the years. Now, the retired Yaquina Head Lighthouse is visited by nearly half a million tourists each year and is still operational today. Spectators will often point out the light’s distinct pattern of 2 seconds on, 2 seconds off, 2 seconds on, and then 14 seconds off— 24 hours a day.

Although the 93ft tall lighthouse standing proudly at the end of the headland is the biggest attraction at Yaquina Head, both literally and figuratively, there’s an almost overwhelming amount of additional beautiful scenery and natural attractions at Yaquina Head Outstanding Natural Area. Before making it onto the lighthouse deck, visitors can access a federally protected marine garden on a stunningly beautiful beach with smooth, dark stones instead of sand. Known as Cobble Beach and frequently visited by both Newport locals and tourists, visitors in this area are often keeping an eye out for unique tidepool critters including purple sea urchins, giant green anemones, gooseneck barnacles, gumboot chitons, hermit crabs, sea stars, and tiny, camouflaging sculpins as they navigate through the rocky, slippery tidepools. Other visitors might be looking upwards as you can often see spectators gazing across the horizon to watch for seabirds and grey whales wading through the ocean while turkey vultures, bald eagles, and peregrine falcons effortlessly soar through the sky. If you consider exactly how many different types of federal and state organizations and government branches are affiliated with Yaquina Head, some of which include the Department of Interior with Bureau of Land Management, National Parks Service, U.S. Fish & Wildlife Service, and U.S. Forest Service, you can better understand the scope and diversity of wildlife that Yaquina Head contains. Classified as an Outstanding Natural Area by Congress in 1980, this special, 100-acre land preservation/wildlife protection site is home to a variety of landscapes, ecosystems, and wildlife that relies on knowledgeable field rangers, dedicated volunteers, and respectful visitors to preserve and uphold this area’s natural wonders for future generations.