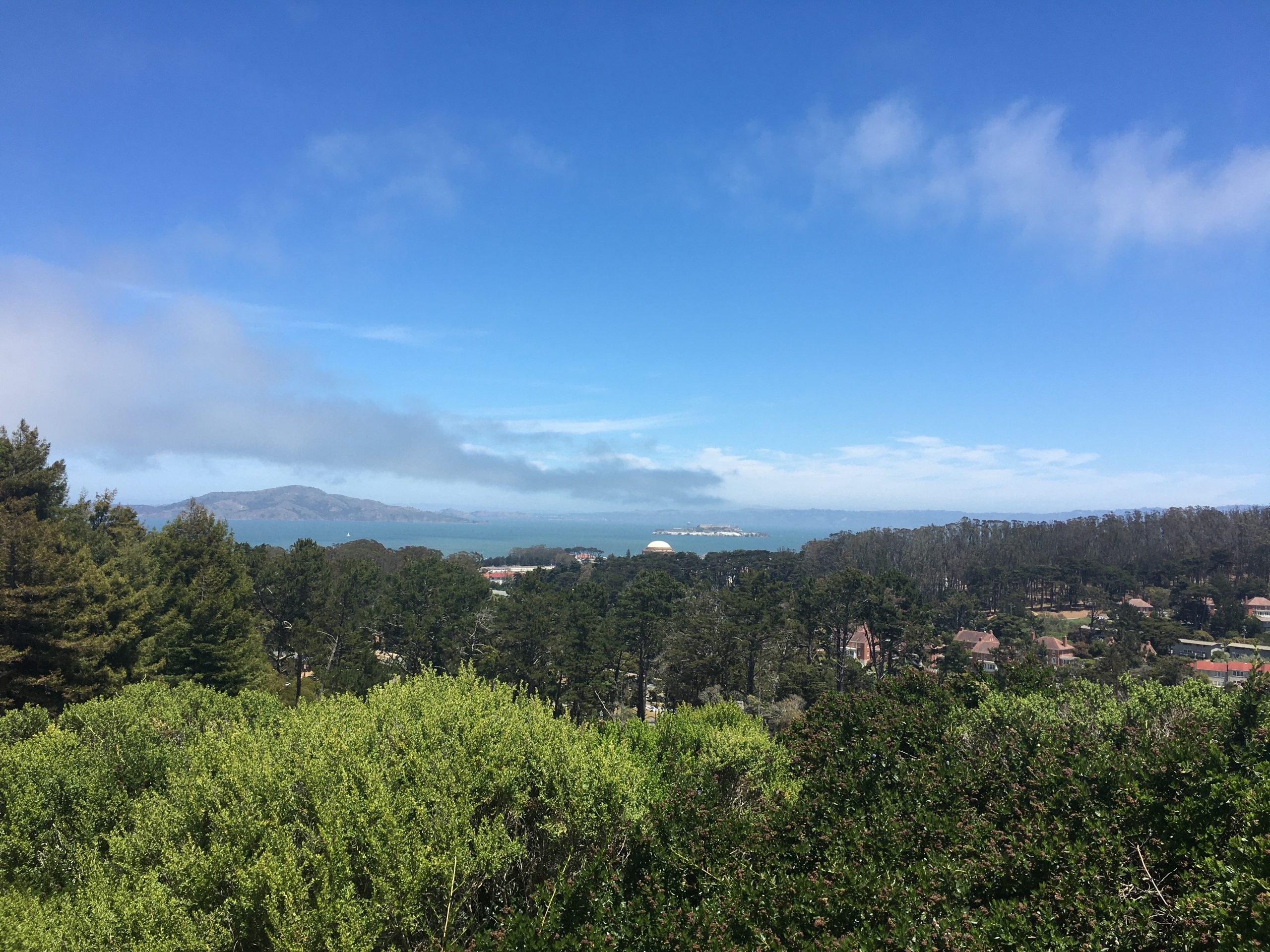 Today I will be describing my internship site, which is the Juan Bautista De Anza National Historic Trail. The Trail is essentially the route taken by the colonists that came from New Spain to San Francisco, and looking at its significant length, one might think of it as a collection of a historic theme spread continuously through space.

Looking at a specific location in the De Anza Trail: I had the opportunity to go on a hike with my supervisors/colleagues at the Presidio of San Francisco and look at some of the more contemporary historical features of the site, such as fortresses and bunkers from World War II. This area used to be off-limits for the public a few decades ago, nonetheless, it is one of the most influential locations from the Spanish era of California. 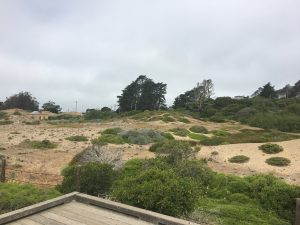 Dunes in the Presidio 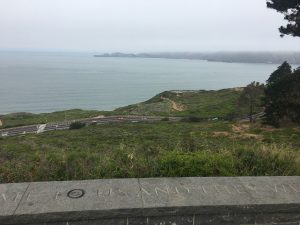 View from the Presidio looking towards the Pacific Ocean 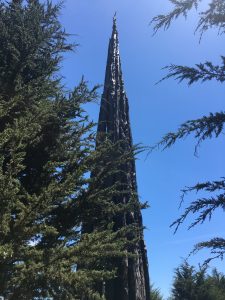 The Trail also contains El Camino Real, which is a road that connects the Bay Area and Southern California, and the Spanish influence can be seen in the names of streets and commemorative pieces found along its path.

The legacy of the De Anza Trail is also carried by the descendants of the colonists. When I arrived at the Presidio, I looked at a plaque on a rock, which was put there by the descendants in honor of their ancestors. The history of the Trail is still ongoing, as newer generations carry its legacy and people find new ways to look at it.