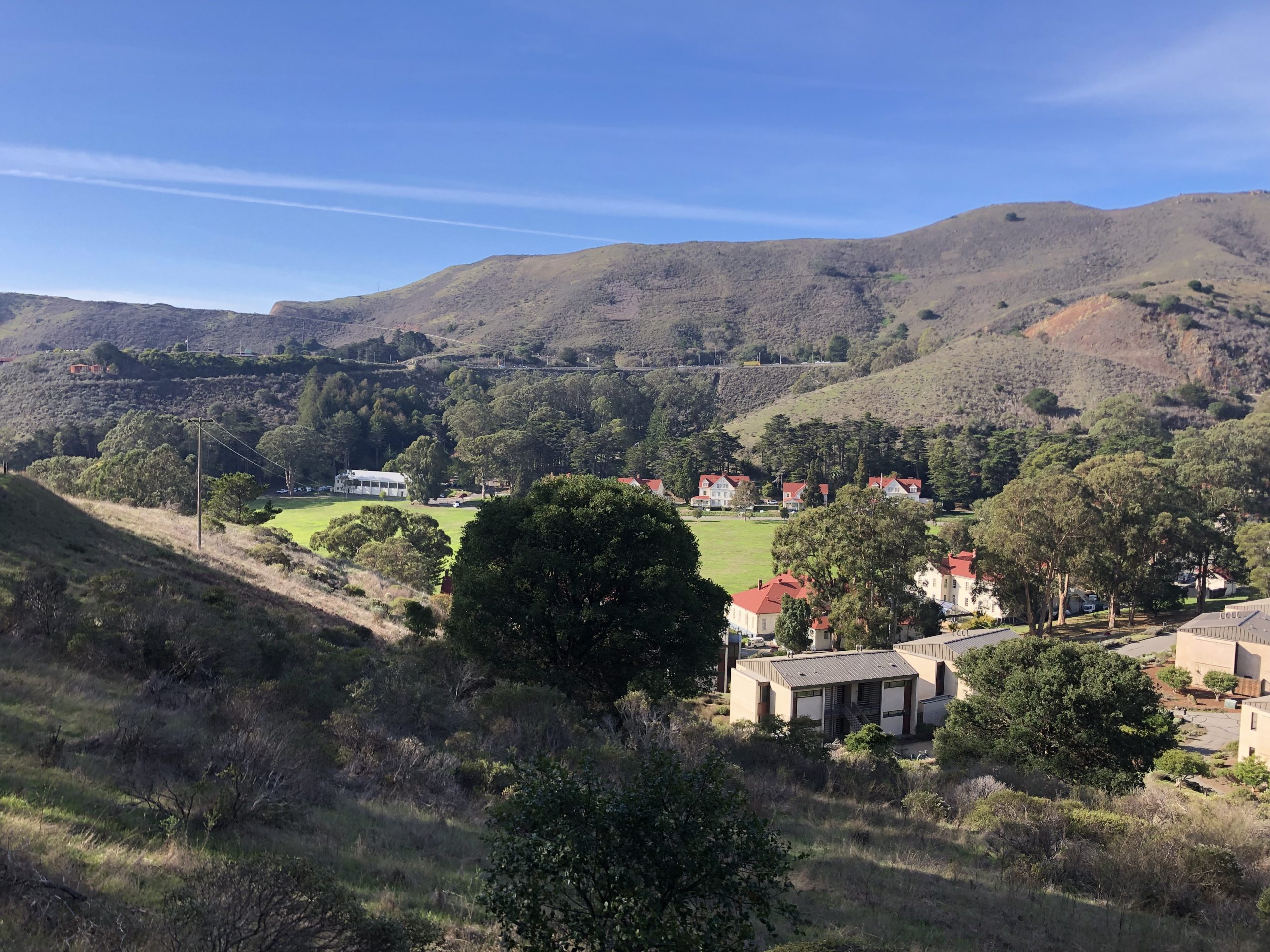 07 Dec A little Bit about my site!

In this blog I’ll be talking a little bit about my sites, their history, and why they’re important from an ecosystem perspective. My primary work site is located south of San Francisco in San Mateo County. The parcel of land approximately is 4000 acres and is the most recent acquisition for Golden Gate National Recreation Area (GGNRA). Its name? Rancho Corral de Tierra. This beautiful chunk of land features coastal grassland, chaparral, and stands of dense Monterey Pine and Cypress. It overlooks Montara State Beach and is also home to a number of equestrian facilities that lease land from the NPS.

Historically, this land was managed by Olhone Native Americans as a coastal grassland using fire. As colonizers from Mexico moved north, the land was taken over and made into rangeland for cattle grazing. Its steep slopes to the north, south, and east gave the area its name “corral de tierra,” which helped to keep livestock on ranchers land. The land eventually transferred into American hands, was used for agriculture, and later, open space preserve until its purchase by the NPS. Now in its sixth year of restoration, Rancho hosts high quality habitat for native and endangered species of both flora and fauna. Hickman’s Potentilla, a small endangered perennial herb, calls Rancho home with approximately 95% of the worlds populations contained within its boundaries. The San Francisco Garter Snake, also an endangered species and native to the wetlands around Rancho, is regarded as one of the prettiest snakes in the US. I have not seen an SF Garter Snake but have had the honor to explore and work in areas containing Hickaman’s Potentilla.

In addition to Rancho Corral de Tierra, I also work one week per month in Fort Baker, just north of the Golden Gate Bridge. This site is often referred to as the “cash cow” for GGNRA, as it hosts its own boat docks, manicured lawns, and nice hotel rooms for Bay Area travelers. Beneath these historic buildings are old batteries and military facilities, some of which remain unexplored since their abandoning decades ago. The landscape around Fort Baker is also prime real estate for the endangered Mission Blue Butterfly and its host plant, Lupinus Albifrons (Silver Lupine) and Formosus (Summer Lupine). Furthermore, non-native stands of Eucalyptus in Fort Baker host dwindling populations over-wintering of Monarch Butterfly. I look forward to doing work with both these species and their conservation in the coming months.

Thank you for reading! I hope you enjoyed.