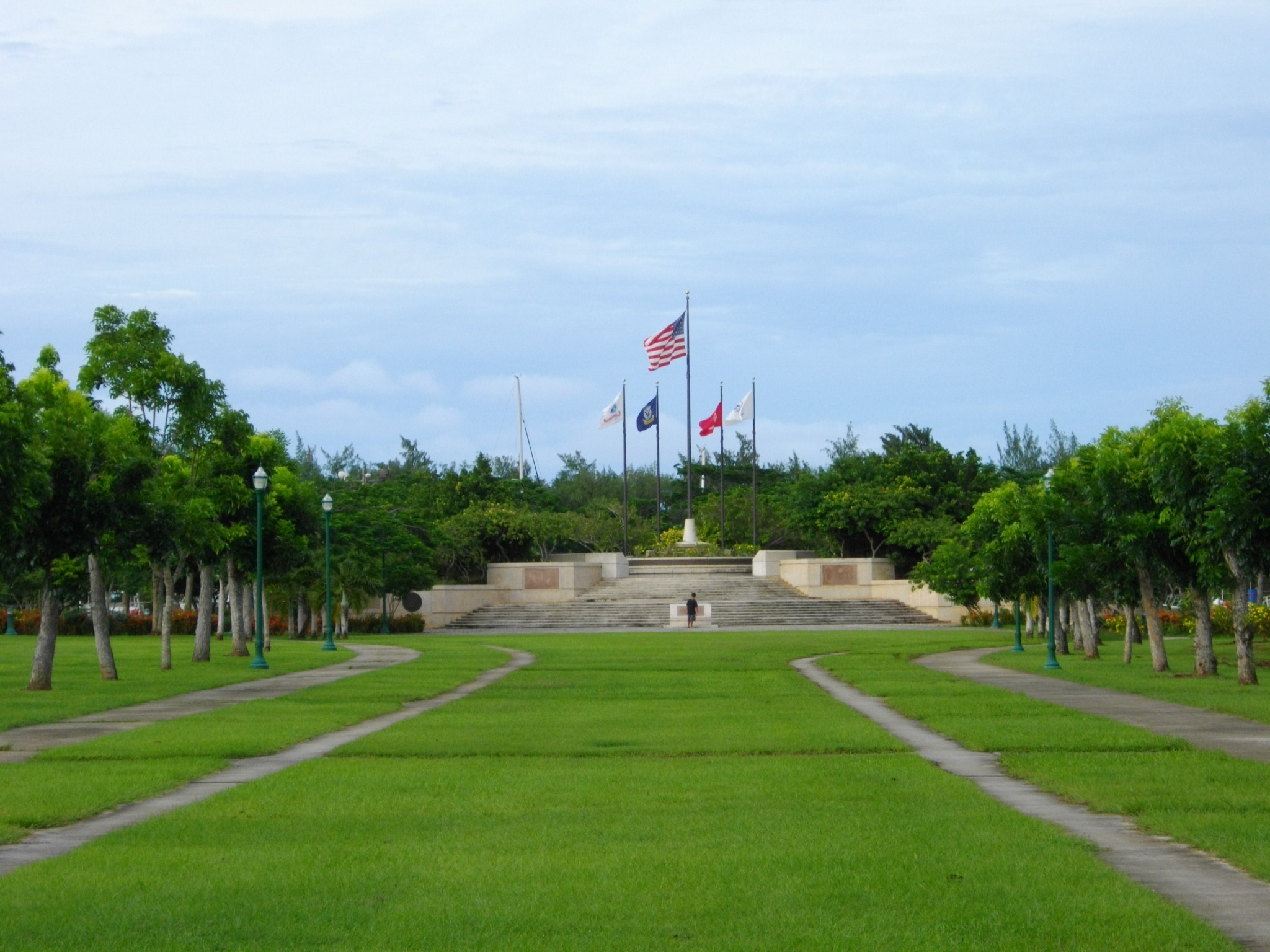 Hafa Adai! I’m Jether Yobech, and I am one of the two Fish and Feathers interns working at American Memorial Park this year. Now, to give a brief introduction about myself. I am an outdoorsy, adventurous 20 year-old student at the Northern Mariana College in Saipan and have graduated with my AA in liberal arts. Wanting to continue my education, I am now going for my degree in natural resource management. I am into managing and preserving the natural environment, especially in my community. That is why I am super excited to be working at American Memorial Park, which is literally fifteen minutes away from home.

American Memorial Park (AMP) is located in the capital of the Northern Marianas Islands, Saipan, and was made to honor the American and Marianas people who died in the World War II Marianas Campaign. The park is roughly 133 acres and includes several memorials, such as the Court of Honor and the Flag Circle and the Mariana Memorial. The park is a great place for the public, as it allows people to see historical structures while also being an excellent location for recreational activities like walking, running, bicycling, fishing, birding, windsurfing, snorkeling, picnicking, and enjoying nature. The visitor center at the park contains many World War II memorabilia, artifacts, historical photos, and oral histories. There is also a short, ten-minute movie about Saipan and what took place here. Among the 133 acres of land, there are several habitats. There are wetlands, which contain many species of birds and endangered species. The mangrove forest in AMP is also the largest remaining mangrove forest in the Northern Marianas Islands. There are beaches too! Micro beach is the main beach and was the site of the first major Carolinian migration to Saipan and where the elders taught traditional navigational skills to the youth. AMP tries to teach people about the crazy stories Saipan has, and I believe that they are doing an amazing job at it.