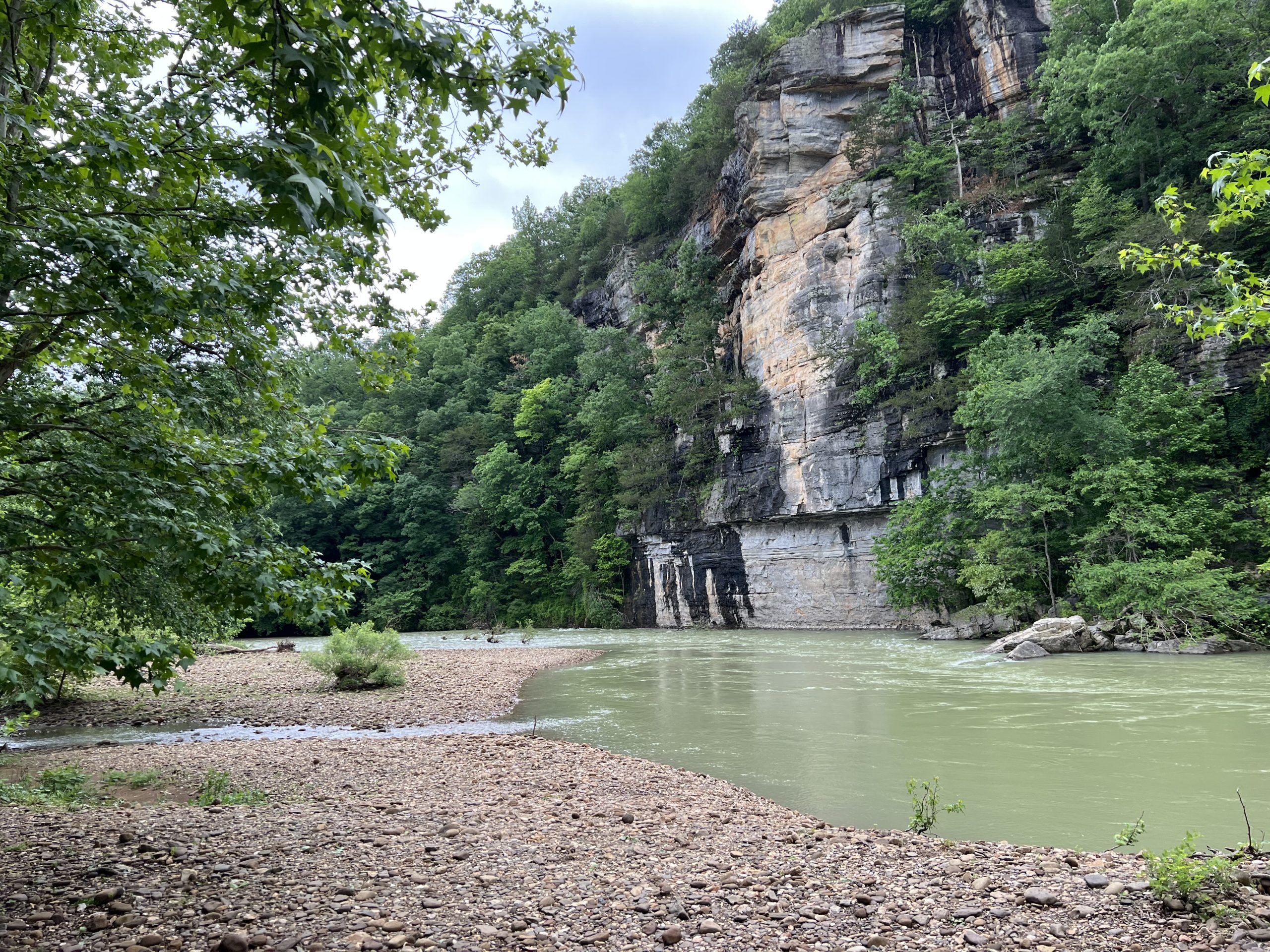 03 Jun Out of the hospital, but you can still cry me a river :D

Hello! I’m Ethan, I’m 18, and I am the Fish and Feathers intern at Buffalo National River, the first national river in the United States! Upon arrival to the Tyler Bend Visitor Center, I was taken aback by the dense greenery surrounding the road. Serenity is by far the best word to describe the drive into work. Coming from around Denver, I don’t really see a whole lot of wet forested areas like this. As I turned onto Ranger Road (where my cell service dropped out), I quickly turned off my music and rolled down my windows where I heard the morning songs of birds and the smelled sweetness of vegetation. After I was introduced to the visitor center staff, I was taken to Steele Creek where some more introductions and training was taking place. I met some of the staff from the Upper and Lower Districts of the river. Driving to Steele Creek was another amazing experience. The first thing you see when you drive down is the enormous bluff walls where several colors and shades blend together above the coursing river. The late-spring/early-summer timing showed me even more green as the vines, bushes, and trees covered the sides of the cliffs where several mini waterfalls flow into the river. You can see one of the smaller bluffs where we did our PSAR and Leave No Trace trainings in the first photo of my gallery. Our walk away from the river was just as significant to me because we saw a fallen tree surrounded by vines and greenery in the middle of the forest (second photo). One of the other days I went on a grounds tour for the campgrounds, where some of the other seasonal workers will be stationed. The river was super high that day since it rained the night prior, but that didn’t stop us from seeing wildlife. Butterflies littered the campgrounds and forest, showing us even more color with their deep blue and vibrant orange wing patterns. On Friday, my supervisors let the seasonal workers take off a little early, but we decided to drive around the grounds a little bit and found ourselves in a secluded part of the forest with several abandoned cars and sheds. It was super interesting to see manmade machines being reclaimed by nature; unfortunately I didn’t get any pictures of the cars, but I did get a picture of the drive in that forest (last photo in gallery)!

This first week has taught me a lot about the history around the river, as well as the cultural importance to the people of Arkansas. One of the first things my supervisor had me do was watch the movie The Buffalo Flows. Guests are played an abbreviated 15-minute version of this movie and the one I watched was around 2 hours. The controversy around the river stems from the surge of hydro-electric power dams in the 1930s and 40s. Some government officials proposed damming the Buffalo River to create a sustainable source of power while allowing a lake/reservoir to form at the bottom of the river. This sparked a conservation movement with The Ozark Society being the primary proponent of change inviting a Justice of the United States Supreme Court to paddle down the river, which ended up saving the river, later resulting in the Buffalo becoming the first national river.