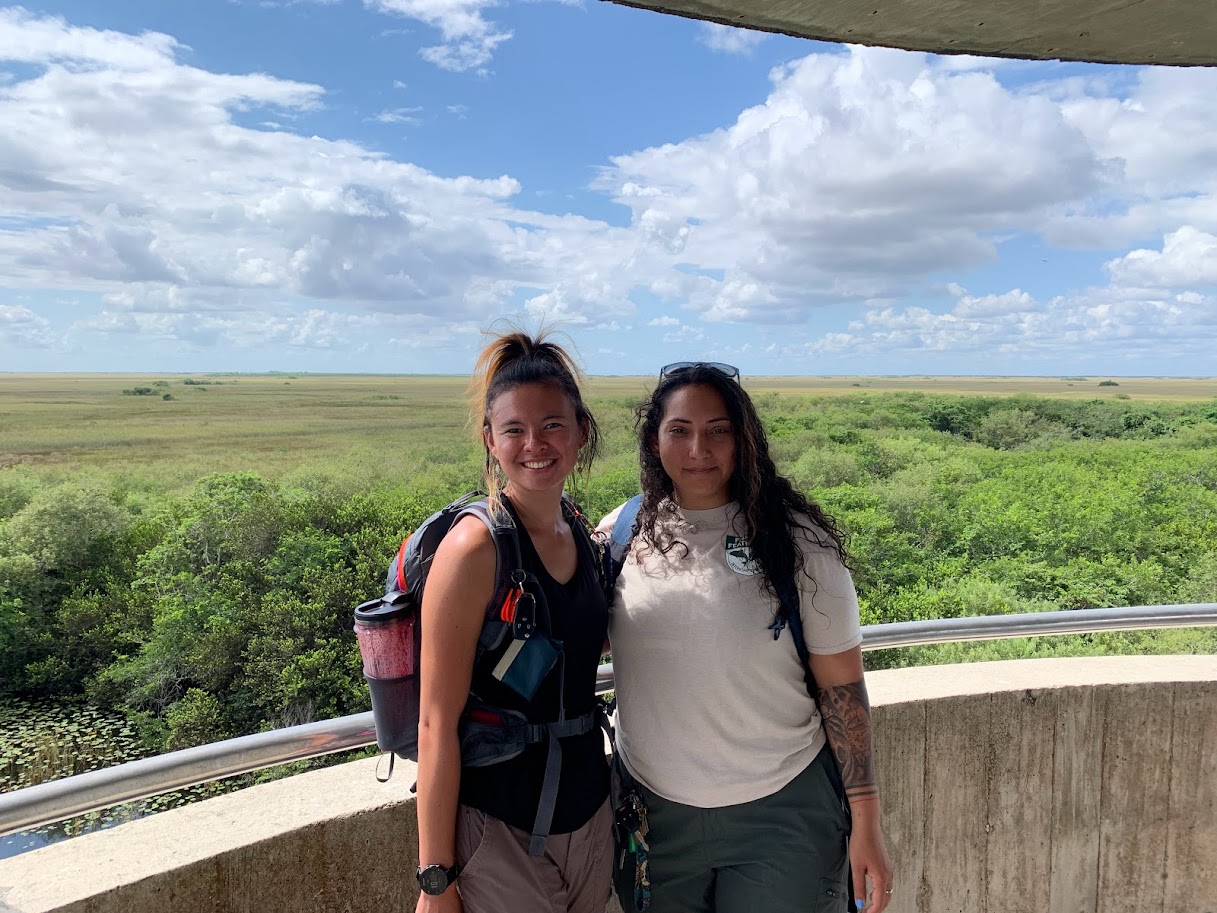 10 Jun Uncovering the History of the Everglades

The past few weeks I have been really appreciative of my time here at Everglades National Park, especially being in the Gulf Coast District. Just the amount of history, ecological services, native community, and local biodiversity is astounding. I am still trying to get my bearings here at the park and soak in all the knowledge that everyone is providing me regarding not just the park, but also Everglades City, where the Gulf Coast District resides.

Everglades National Park was authorized to become a national park May 10, 1934 and was officially established on December 6, 1947. The Everglades is currently the third largest national park behind Death Valley and Yellowstone respectively. The park protects 9 different kinds of ecosystems including marine and estuarine, coastal marsh, mangrove, cypress, coastal prairie, freshwater slough, pineland, hardwood hammock, and freshwater marl prairie. With that said, one can imagine just how big the park is; in fact, it is over 1.5 million acres and is designated as a World Heritage Site, Designated Wetland of International Importance, Designated World Heritage Site, and a Designated Biosphere Reserve! All of these official designations highlights the cultural and historic importance of the area, but also claims the Everglades as one of the few places around the world as the basis or ‘control’ as some scientists would say for what nature is supposed to look like without human interference. Thus, we can look at the Everglades and compare it to other places to study human impact on our environment. How cool is that?!

I am grateful for the opportunity to meet such wonderful people that work within the National Park Service to learn from their extensive knowledge and see the passion for their job. This past week, I learned a lot about Everglades City and the people that reside in the areas of the Everglades. Everglades City has always been a small area with humble beginnings. Much of Southern Florida’s development is attributed to Henry Flagler and the expansion of his grapefruit productions which created the Florida East Coast Railway in the early 1900’s. Barron Collier was also a notable figure and was a wealthy man that owned almost all of Southern Florida. He single handedly funded for the Tamiami road that was a road from Tampa to Miami and developed most of the area post WW1. 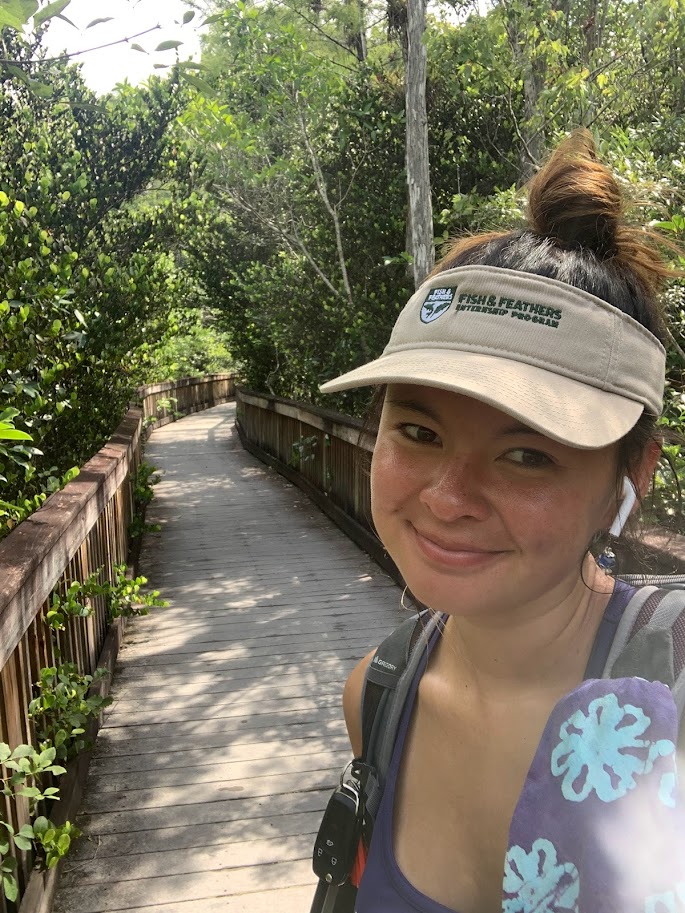 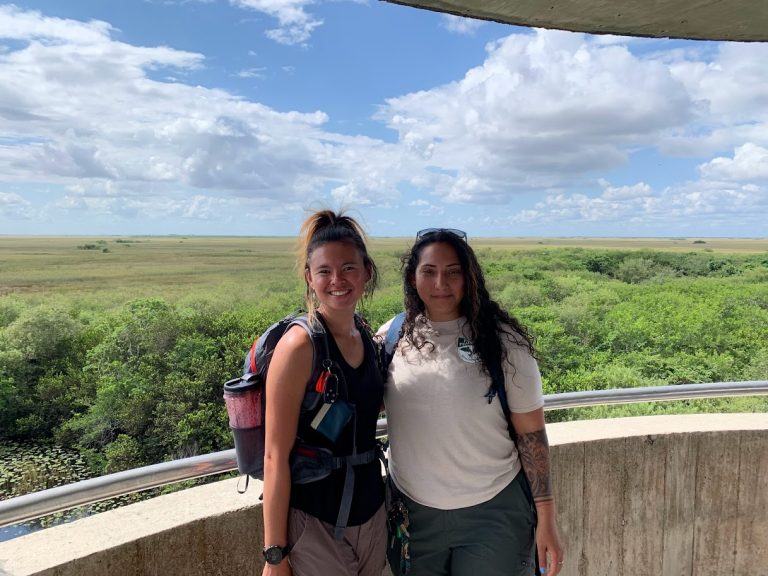 What was most interesting to me however, was the relationships various communities had with one another like the Seminole, Miccosukee, and locals. Locals of Everglades City were living on the 10 Thousand Islands and were forced to move out of the park boundaries in return for less than ideal settlement costs once it was established. Additionally, the Seminole and Miccosukee were driven off their land as well and were required to live in designated native lands within the park that is restricted to a small stretch right off the Tamiami road. This was very disappointing to hear because these groups originally fled to South Florida during the Trail of Tears period and had to also fight to stay during the time Henry Flagler was expanding his grapefruit plantation. The tribes have always been fighting for a place where they could live in peace.

As I am preparing for the creation of my programs, I am hoping to get in contact with the Everglades Tribal Liaison and see if I can create an opportunity to better involve these local groups. Also, I am very excited to integrate locals into the Everglades’ mission to protect and preserve the area. I think that it is important to recognize all the wonderful things the National Park Service, specifically Everglades National Park, has to offer in the realm of environmentalism, but also have a critical eye on what we can do to improve. I look forward to starting my program planning and research next week to hopefully establish a better relationship with those generally outside the typical visitor demographics.

Some of the ecosystems in everglades

MORE ON THE HISTORY OF EVERGLADES CITY, ITS LOCALS, AND THE SURROUNDING NATIVE TRIBES THAT LIVE WITHIN THE PARK