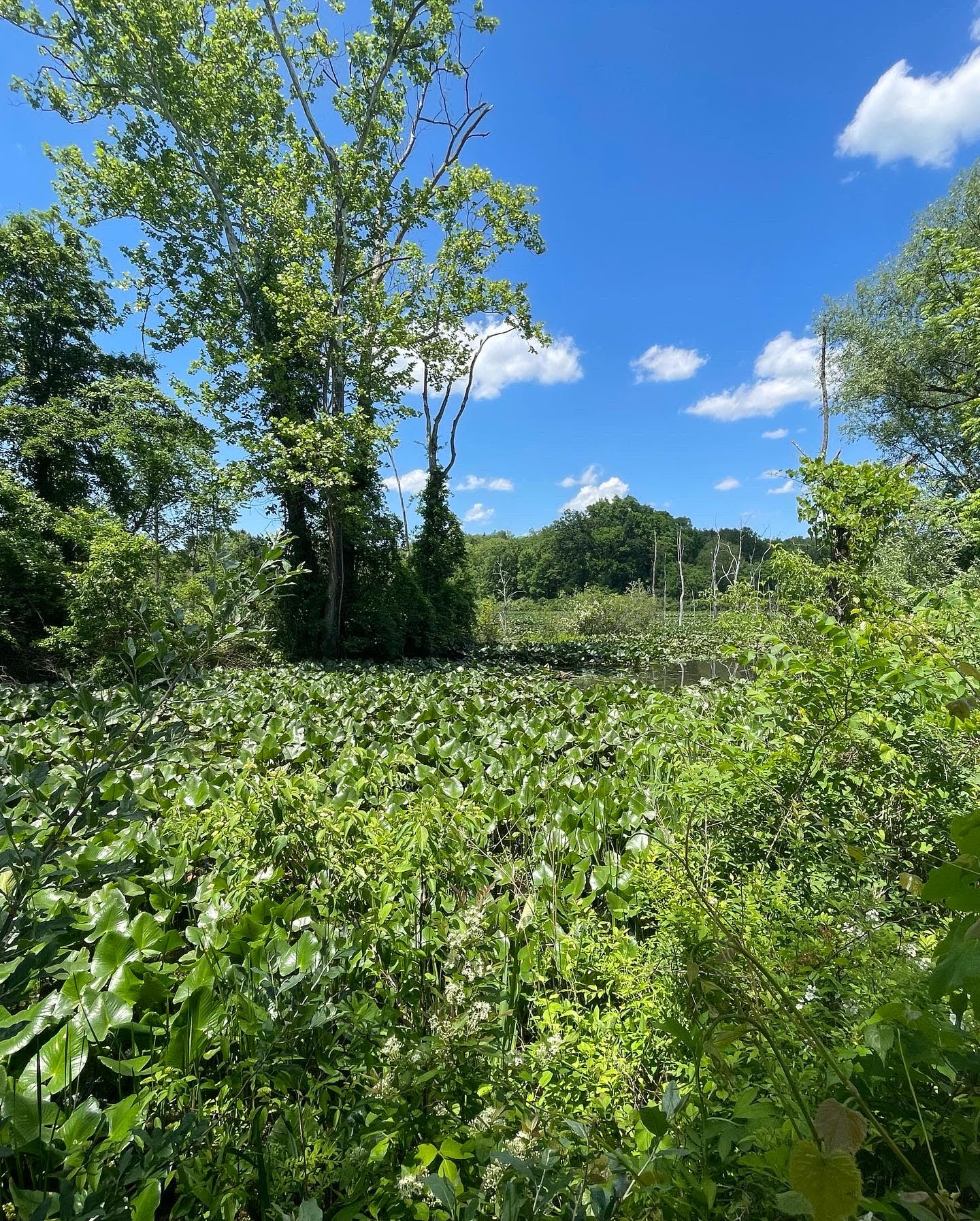 Since many kids are starting their summer vacations this year, we’ve been running a lot of fishing programs in the park. We’ve been seeing more school groups, summer camps, and junior ranger kids. It’s been a blast teaching kids how to fish and watching some of them catch their first fish.

While fishing, we see lots of other wildlife that tends to get kids excited when they’re sitting around waiting for a fish to bite. The main one is turtles. We get plenty of large snapping turtles in the park. They generally move pretty slow and are covered in algae and mud, however, they have enough power in their bite to snap fishing line, so we make a point to admire them from a distance. We frequently see them swimming near the dock when we’re fishing. Thankfully, they keep to themselves unless they’re provoked. They like to poke their heads out of the water to say hello.

Another turtle we tend to see a lot of in the park painted turtles. These guys are mostly harmless except for their small claws. A visitor to the park brought one to us while we were doing a fishing program. Apparently he had seen him walking across the road and brought him back to the lake so he wouldn’t be hit by a car. My coworker told me the safest way to hold them was “like a hamburger” and it seemed to work pretty well. The kids seem to love the turtles and named this one Raphael (after the character in TMNT). Turns out, turtles are actually faster than pop culture leads you to believe.