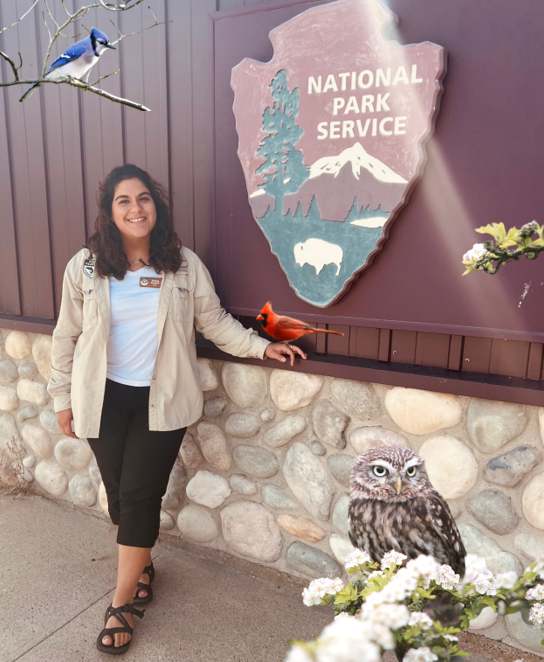 While I have been at the Niobrara National Scenic River, I have had the opportunity to participate in bird watching and fishing programs that aim to bring awareness to the public. It has been cool to see members of the community get excited and learn about bird watching and fishing, but I wanted to create my own birdwatching program that would introduce beginners to the hobby. Something that was important for me to communicate to the public was that birdwatching can be done anywhere outdoors, and it’s a relatively accessible and inexpensive hobby. Many of the program participants were already familiar with the local birds, having watched them at feeders in their yards. After talking to them about birdwatching and the different types of birds in the area, and why the Niobrara National Scenic River has a high level of bird biodiversity, I designed a fun and easy bird craft that the kids would be able to take home.

While working at the park, I also noticed that there was a lack of beginner, bird-friendly pamphlets for visitors to take and use on their adventures, so I decided to make my own. I made a simple pamphlet of the common birds that can be seen in the area, focusing on the eastern and western species. It briefly discusses what time of the year the birds can be seen, the kind of habitat you are most likely to find them, and what their population status is.