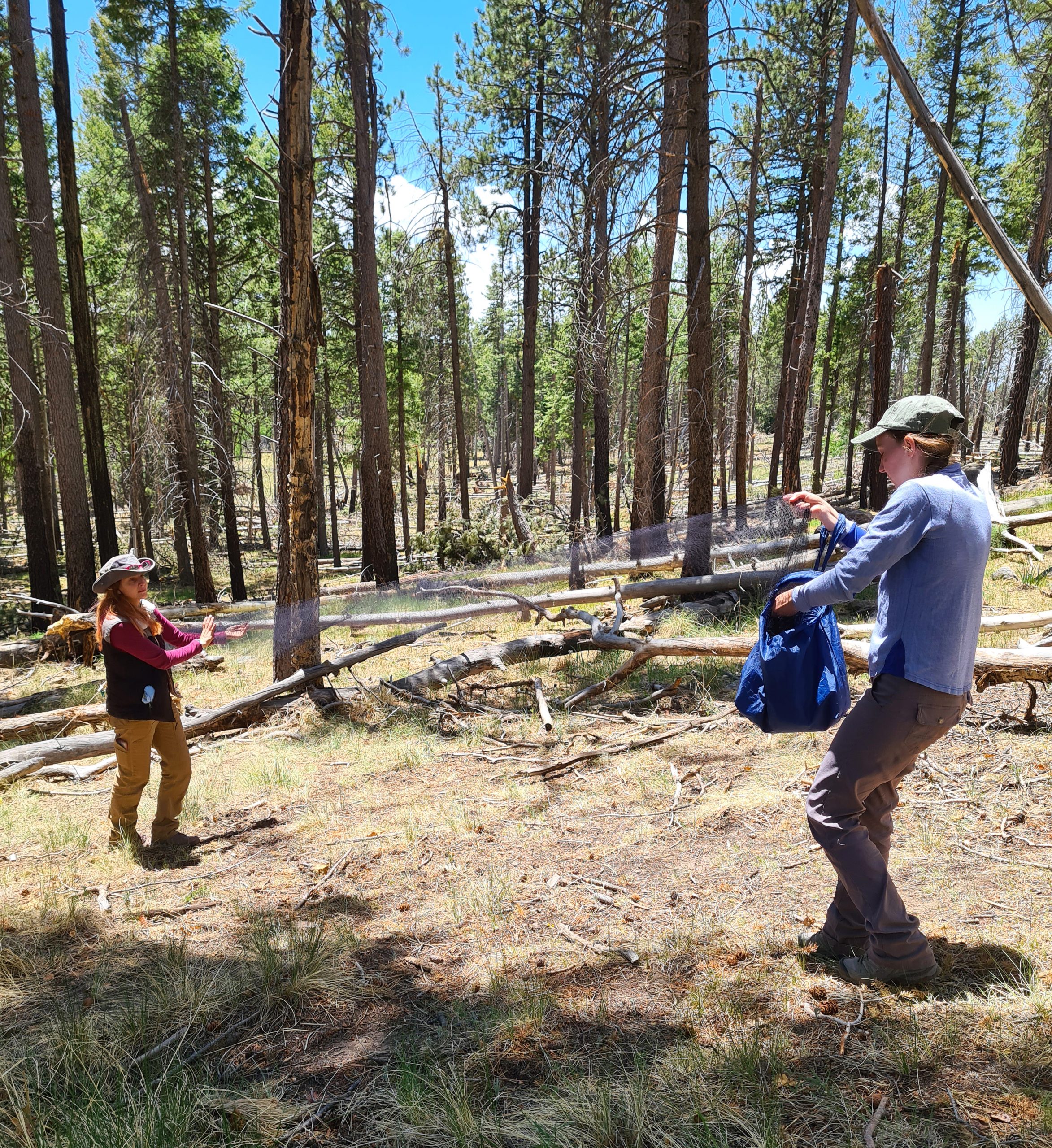 In this second blog, I will explain more about bird banding, the main activity of my internship.

Banding is a method for studying wild birds that provides valuable data for managing and conserving populations. With this data, it is possible to estimate resident and migratory bird population trends, monitor bird responses to climate change, analyze site loyalty, individual survival rates, and many other aspects. Currently, I am helping four banding stations at the Bandelier National Monument. The vegetation at these stations is mostly a mixed-conifer forest with meadows and ponderosa pine forest.

We leave at 5 am to our station. Occasionally, we have the support of visitors interested in learning about this topic. For example, on June 3, interns from the Forest Service (two of them in the initial photo) accompanied us. Upon arrival at the site, we set up the banding table and ten mist nets (example in the following image).

Once a bird is captured, it is safely removed from the net and placed in a blanket bag. In our banding area, we identify each species, band it according to its tarsus width, and record the following data: band number, species, age, sex, weight, reproductive condition, fat, presence of molts, flight feather wear, wing, and tail length (examples in photos). Additionally, we collect tail feathers if species are listed in the Genoscape Project.

Subsequently, each bird is released. We frequent the nets for six hours and once time is up, all nets and the banding equipment are collected to finish the day.