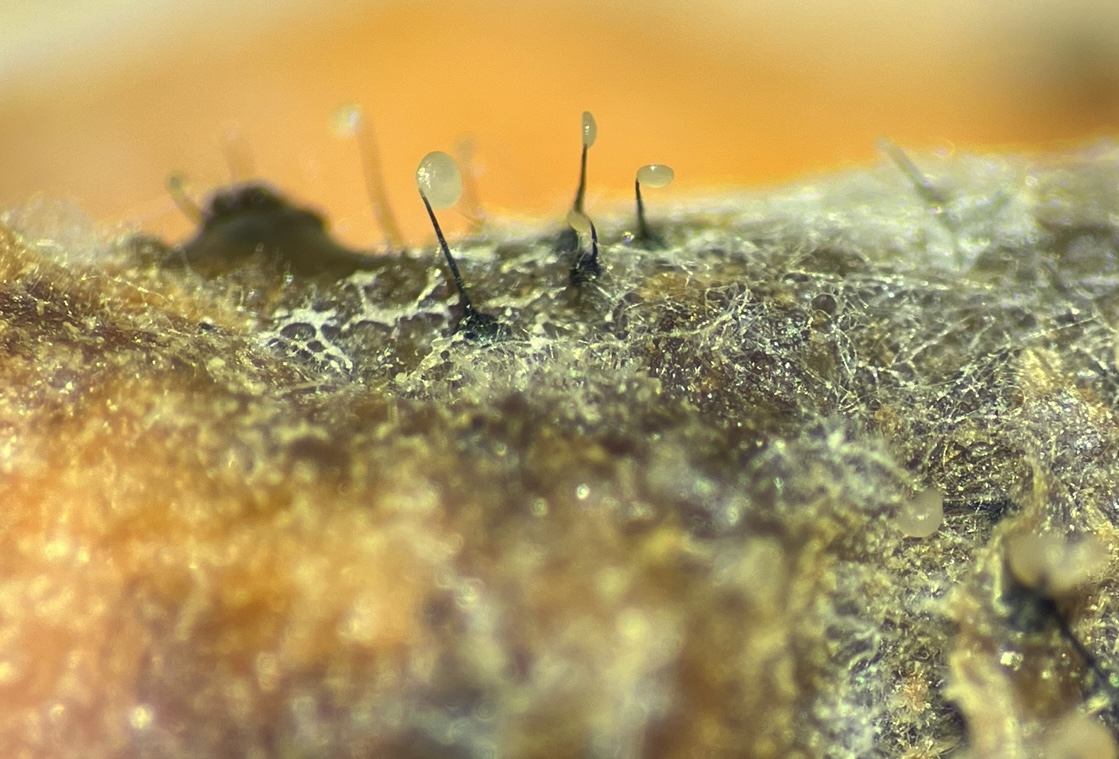 30 Jun Learning about Rapid ʻŌhiʻa Death (ROD) and its Host

Ceratocystis is a genus of fungi that can be found throughout the world. It has been discovered that some species cause diseases in plants such as oak wilt and rapid wilt of some Eucalyptus species. If you feel like doing some digging yourself you might find that there is a long roster of culprits from this fungal genus.

Here in Hawaii, it has been found to cause a sudden death-like disease since dubbed rapid ʻŌhiʻa death, aka ROD, in one of Hawaii’s endemic species of trees known as Metrosideros polymorpha or natively referred to as ʻŌhiʻa.

ʻŌhiʻa trees are a pioneer species that populate lava fields as early as a few years after a recent flow (saw this with my own eyes), it is a very important tree species for creating whole micro-ecosystems and therein up to entire canopy covers for what one might call a forest. One might find an ʻŌhiʻa as low in elevation as near the sea or as high as in the mountains at the inversion layer and around 7150′-8500′. This tree species gets its name polymorpha from its varied tree shape and different colored flowers found from tree to tree.

What do we know?

So we now know what the problem is and what is causing it. Here are a few common Q & A’s that have been answered.

What is the cause?

It is caused by a fungus known as Ceratocystis Fimbriata.

what does it do?

It kills a very important endemic tree species that are culturally and environmentally important.

So how does it do this?

By first infecting a tree through an open wound this fungus will then grow into a tree’s vascular system thus preventing water from being transported up the tree.

How does the spore reach the tree?

ʻŌhiʻa can be quite sensitive trees and become susceptible to disease especially if their roots are damaged. It can also be sensitive if other parts of the tree are exposed though in the past it has been known to die from bulldozers coming too near and disrupting its roots. How the fungus is spread from tree to tree across a forest is still an ongoing topic as trees are affected in a sporadic fashion rather than a typical central area radiating outward as one might think of a fungus’ mode of function. The prevalent thought is that spores are spread through the emission of frass that is made by a beetle known as an ambrosia beetle. As the tree dies, it lets off a distinct smell that will attract these ambrosia beetles. These little guys take this opportunity to burrow into a dying tree in order to make an environment that is suitable for their eggs. What they end up creating are galleries that are then filled with spores that are actually cultured from the beetles themselves! This is supposed to create a food source for the larvae as they hatch. The result of this endeavor is the accumulation of frass as a waste product. The frass is then kicked out of the tunnels and set free into the air.

So what’s the deal with the frass?

So, what else is there to know about this disease and why is it so bad?

This disease is widespread across the island and can be found in most forest reserves which leaves a bleak future in terms of native forest structure. There is much left to be studied about Rapid ʻŌhiʻa Death.

If there is something that I have learned during my time here it would have to be that Ceratocystis can be found within the soil. I have found this to be interesting in that the soil has potentially become a minefield for this fungi. All it might take is for something to damage a tree for later infection or for an animal or human for that matter to come across this infected soil in effect helping to transport it from one area to another.