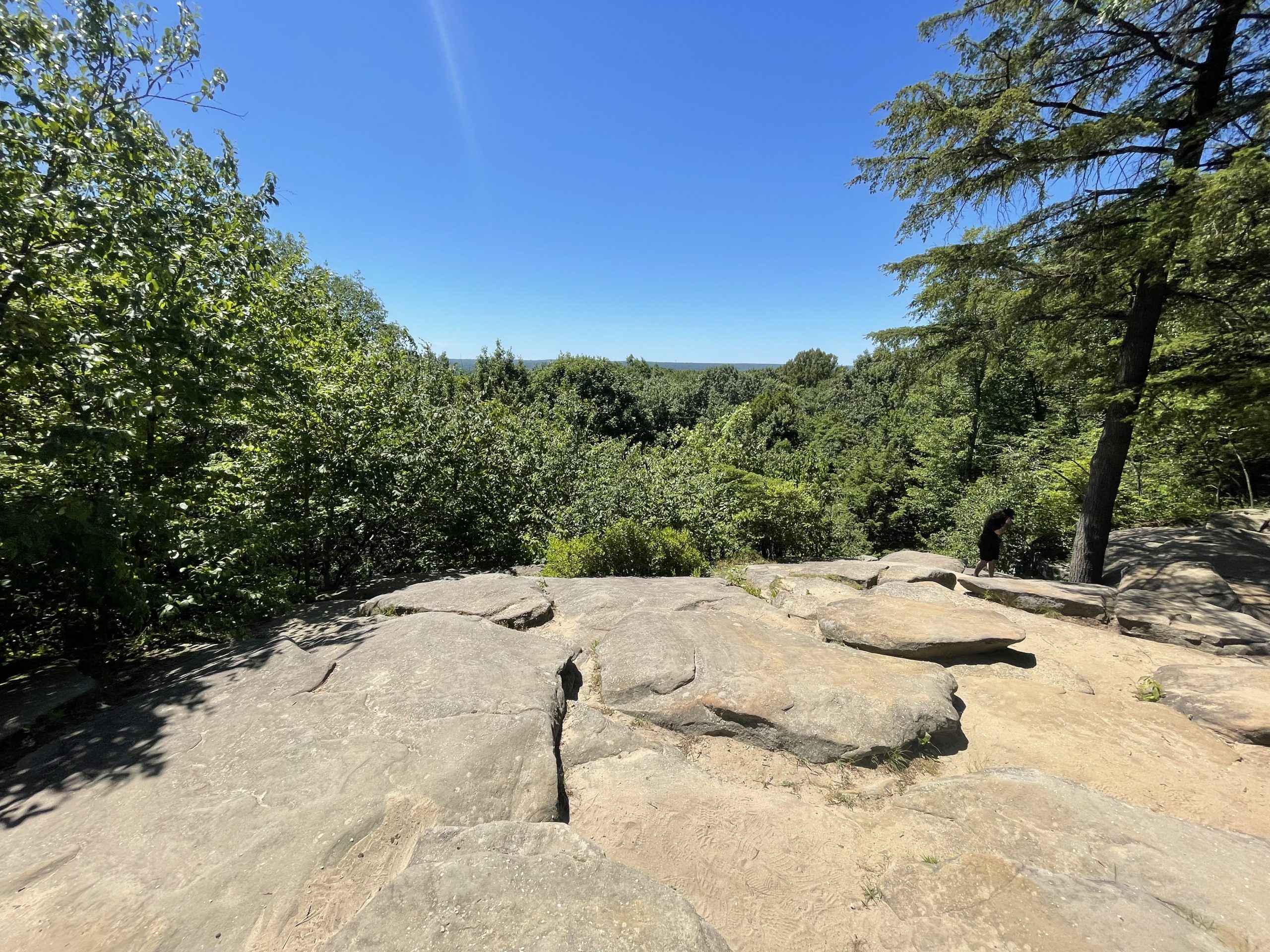 The Virginia Kendall Ledges make up over 500 acres of Cuyahoga Valley National Park (about 33,000 acres total). The area was originally owned by a businessman named Hayward Kendall in the early 1900s as his personal property. After his death, he left the area to the state in his will. His will specified that the land be used as a recreational park area. In 1974 the ledges were donated to the National Park Service.

This kind of rock creates a unique microclimate since sedimentary rock is able to absorb moisture much easier than igneous or metamorphic rock. The additional moisture in the rock formations makes the area cooler and moister, giving it a unique ecosystem compared to the rest of the park. This allows for different plant and animal species to thrive.

A few weeks ago I was standing where this photo was taken with a few of my coworkers, doing training for a future hiking program. Out of nowhere, something fell from the sky and made a loud THUMP at our feet. At first, I thought it was a rock, but then it scurried away into a nearby hole. It ended up being a chipmunk that fell out of a tree above. The drop must have been 60-100 feet, but he lived to tell the tale. Definitely one of the more bizarre stories I get to tell about my job.