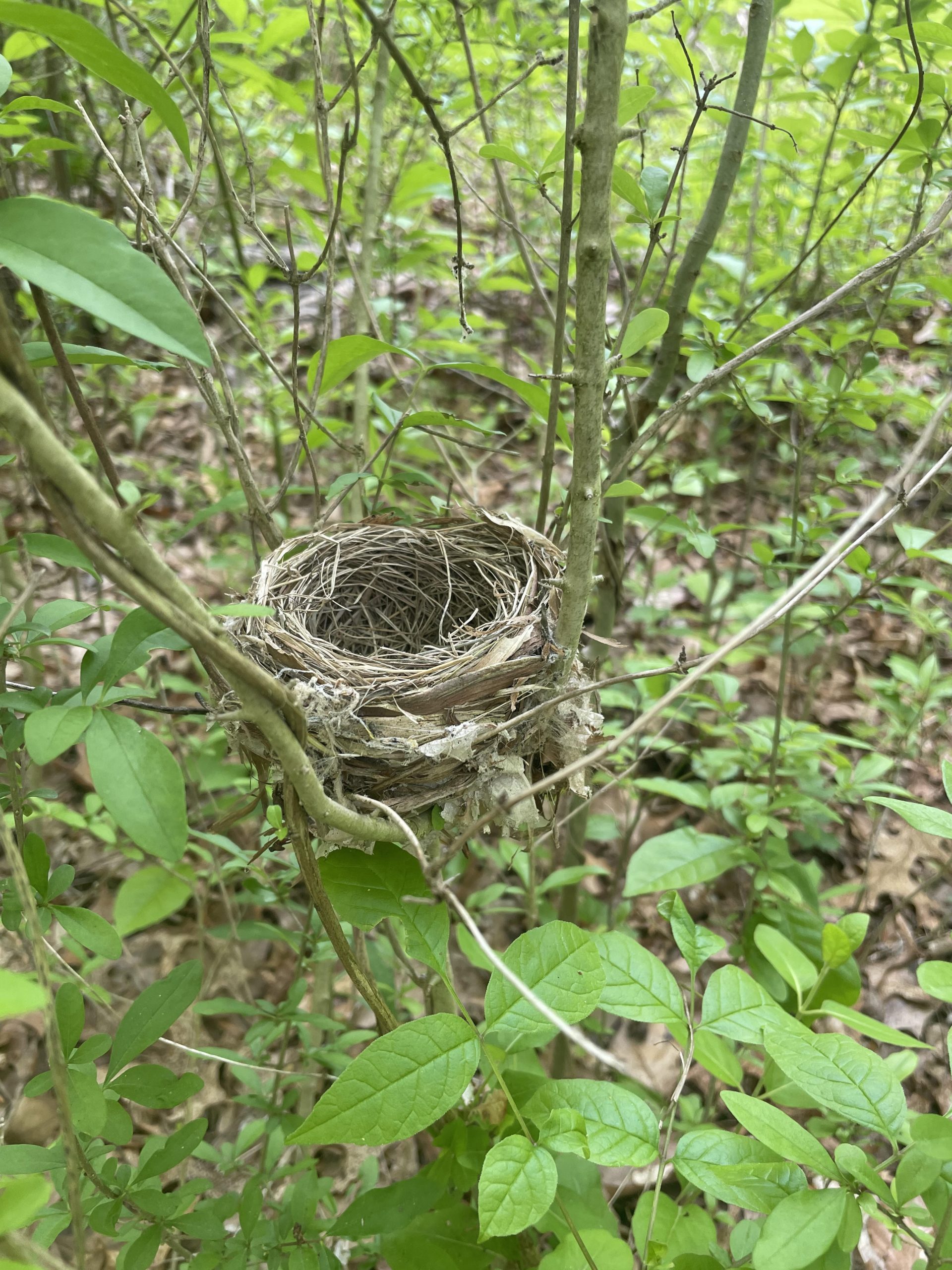 One of my jobs here at Cuyahoga Valley National Park is running invasive plant removal programs with volunteers from the community. Without the help of volunteers, many native plants would not have a chance at survival.

What is an invasive plant?

Invasive plants are plants that are not originally from an area, that take over the ecosystem, often choking out native plant life and changing soil chemistry. Invasive plants also change the ecology of ecosystems such as nesting locations and breeding areas. This puts animal species at risk as well. In some cases, these plants were intentionally brought to our area because people saw a use for them here. In other cases, these plants are brought to our area by accident. There are four main kinds of invasive plants that we focus on removing during our programs.

The Japanese Honeysuckle plant was brought to the US in the early 1800s because people thought it looked pretty. It was used in yards and gardens to make the area look better. This plant overgrows very quickly, wrapping around young native plants and cutting off their access to water and nutrients. Their canopy cover also blocks the sunlight that young trees need to grow.

Privet is native to Europe, China, and Northern Africa. This plant grows in dense thickets that crowd out native plants. Privet also impacts pollinators, since it crowds out native plants that flower, while not flowering itself. It is able to thrive in a range of sunlight, giving it an advantage over some native plants.

The autumn olive plant is native to China and Japan and was introduced to the US in the early 1800s to be used for ornamental purposes. It was also used to combat erosion since it has a high tolerance for dry soil and its root system helps to hold the soil together. It was often used near roads and train tracks in the Cuyahoga Valley. This plant tends to out-compete native plants since it’s drought tolerant. It also spreads quickly since it grows berries throughout the year. Autumn olive also changes the chemistry of the soil, since its root nodules fix atmospheric nitrogen, leading to higher levels of nitrogen in the soil.

Why removing invasives is important.

Removing invasive species is important in insuring that native plants remain in the area. Many national parks focus on the preservation of natural areas. This means protecting the native species that are here. From a distance, a park may just look like a lot of plants. However, looking at what kind of plants we have in the area can give us a better look at the ecosystem’s overall health.