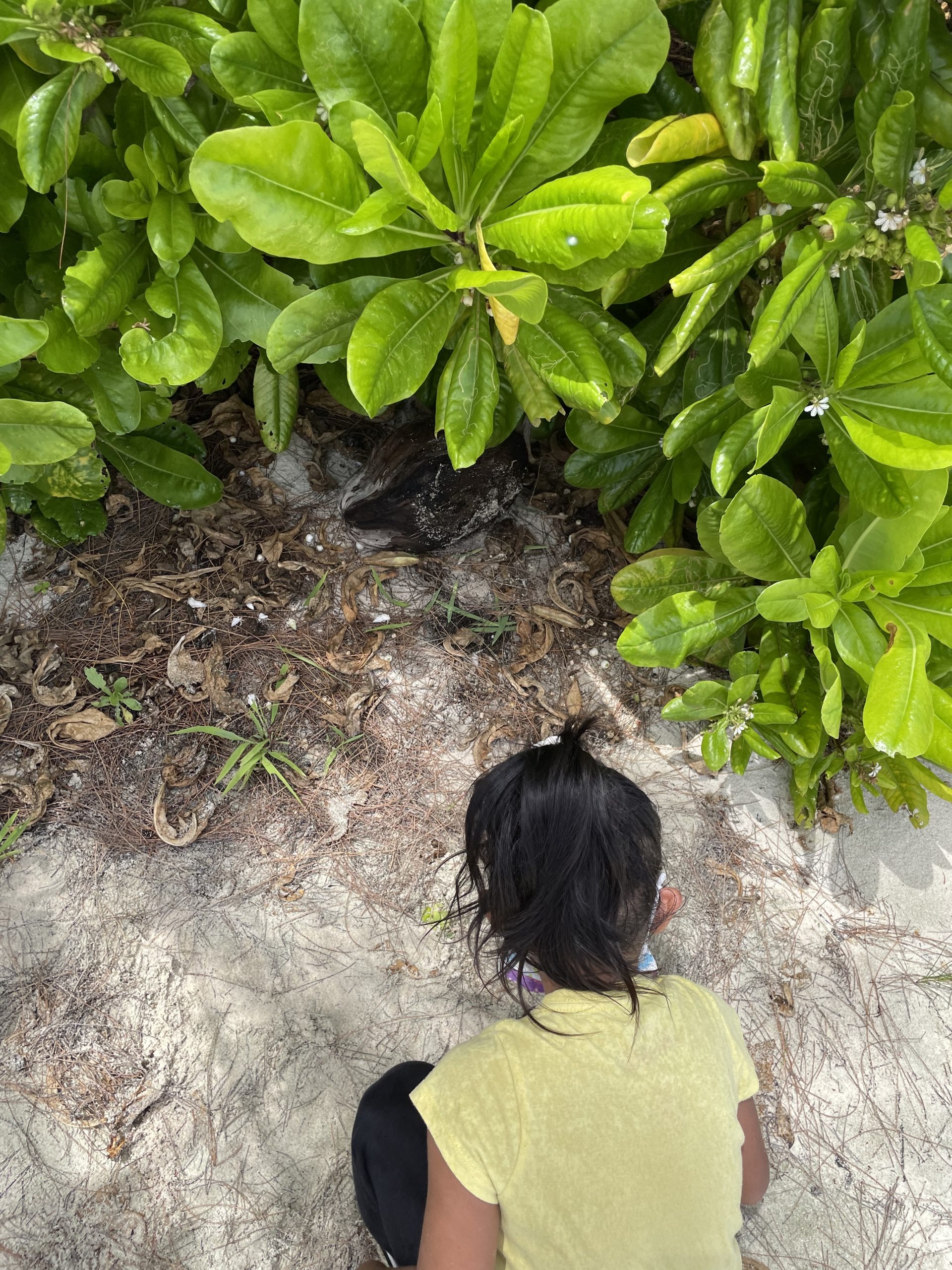 This past week, I got invited by Ranger Marybelle Quinata with the US Fish and Wildlife Service to help with a birding program at their Litekyan Wildlife Refuge. For the program, I taught 3-6 year olds from the Young Learner’s Center about seabirds on Guam, and gave them a short introduction to bird ID. We listed some of the qualities that can help us tell birds apart! Many of them pointed out the birds’ different beak shapes and sizes, and they all learned a new word: plumage!

I also used the bird exhibit at the wildlife refuge as a way to educate the children about Guam’s bird species. Since the introduction of the brown tree snake into the island’s ecosystem, several species on the island have been extirpated or locally endangered. I used the “Where did the music go?” installation to show the group bird calls from some of the species that have had their populations thinned out by the brown tree snake. We even played a game with the installation! After listening to the bird calls a few times, I asked the children to close their eyes and try to identify the birds by the calls alone. They did amazing! My favorite bird call was from Guam’s endemic species, the Ko’ko (Guam rail | Hypotaenidia owstoni).

Hopefully these beautiful songs will return to our forests again one day! Biologists at the Ritidian Wildlife Refuge have been hard at work trying to repopulate the island with its native birds. I have even seen Tottots in the limestone forest around the refuge in the past month — after never before seeing them in my life!

After spending some time exploring the exhibit and handing out binoculars, we went outside to try to find birds! We started by walking through the jungle to a natural limestone grotto. We walked slowly through the path, careful not to slip on any broken lemmai (breadfruit) on the forest floor. Along the way, we found spiders and fossilized coral in the limestone.

We finished by going down to the beach and looking for shorebirds and seabirds. Unfortunately, there were no birds out on the water — but we did get to have a dukduk (hermit crab) race while we searched the horizon for birds!

This was an amazing way to end an amazing internship! Thank you to everyone at the Ritidian Wildlife Refuge for letting me run a birding program with their resources. Special thanks to Ranger Marybelle Quinata for organizing the event and inviting me, and to Mr. Kawika for assisting me with the group and taking all these great photos 🙂