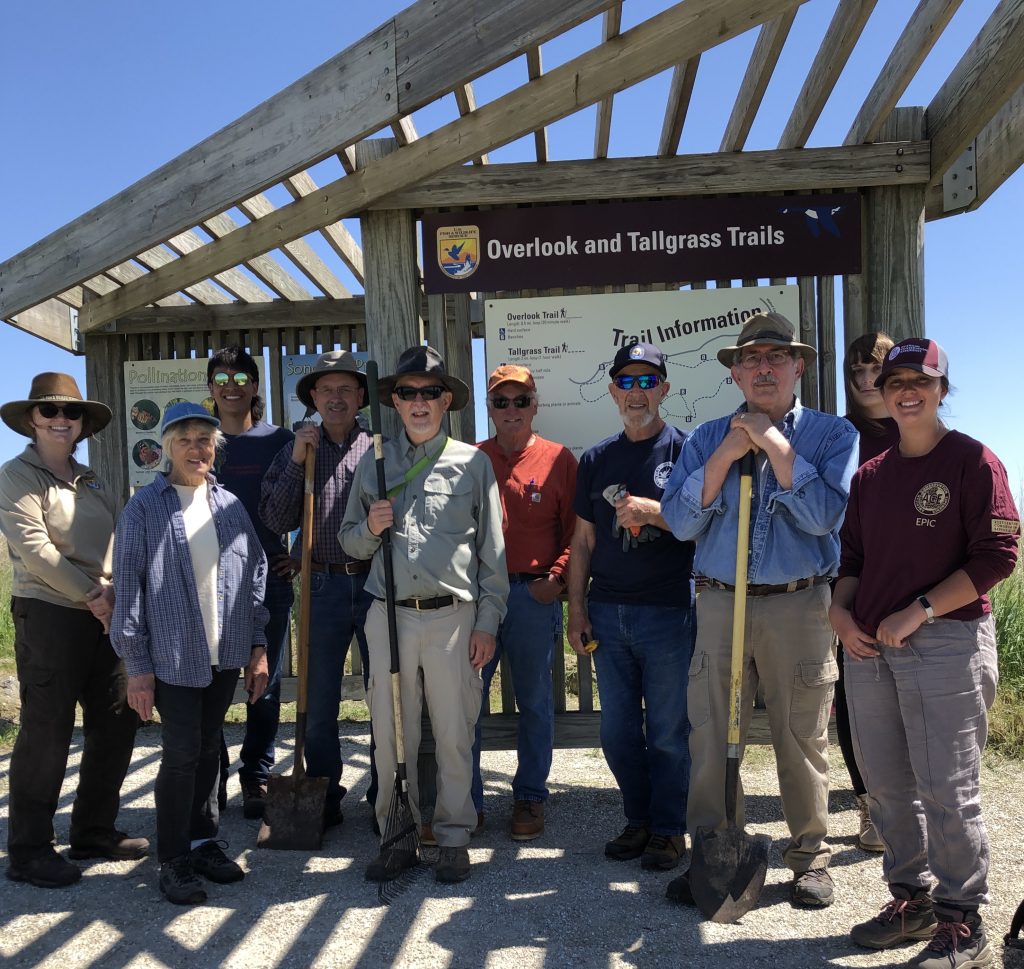 Throughout my studies at Texas A&M University, I was eager to work in ecosystems that I’d only seen in pictures— crystal clear mountain streams, vast expanses of untouched boreal forests, and high elevation sagebrush-steppe. As I’m sure many have felt about their lifelong homes, I was eager to get out west and leave my seemingly “boring” Texas ecosystems. Fortunately, I landed my first job as a Biological Science Technician in the Northwest during college, fulfilling those dreams early. Picture this: Two field seasons of camping and surveying a week straight in Oregon, Washington, Idaho, and Montana, exploring pristine mountain streams and getting paid to backpack into world-renowned wilderness areas.

To my surprise, my next job opportunity took me in a completely different direction, working as a Visitor Services Intern at an urban wildlife refuge just 30 minutes outside of Des Moines, Iowa! As you could probably imagine, friends and family were surprised when I told them where I’d be heading next. I was a bit surprised too, but eager nonetheless.

Coming out to the Neal Smith National Wildlife Refuge for the first time was just like being back in North Texas! Rolling hills of tallgrass prairie and oak savanna habitats in abundance, all surrounded by an ocean of private farms and ranches. Something was different this time, however. The “blander” habitats radiated a unique, more vibrant energy. At the time, I couldn’t verbalize why I felt more attached to this refuge. Fast forward three months, and before the spring flowers even bloomed, I felt immense pride and happiness coming to work every day in this comparably unassuming place. The refuge teemed with life of all kinds, never ceasing to bewilder and impress, even after months of firsthand observations and experiences.

What was different? What changed the way that I perceived these ecosystems? It took me a while to realize what was making me just as happy to be in Des Moines, Iowa, as I would have been in any of my “dream” locations: The people.

It became clear to me that the daily interactions that I had with people at the refuge were just as impactful and rewarding, if not more, than those with wildlife. Whether it’s with the incredible staff, the dedicated, inspiring volunteers, or the curious schoolkids and families that walk into our visitor center, having great conversations with even greater people fills me with joy. There’s no shortage of either of those at Neal Smith National Wildlife Refuge.

The most important thing I’ve learned from this internship is that humans are just as important to conservation as the natural resources themselves. I could work in any habitat or ecosystem and think of it as the most special place in the world as long as I’m surrounded by a strong team of wonderful people. The reason why I’m proud to call myself a part of Neal Smith National Wildlife Refuge, above all else, is because it’s an exemplary story of a group of people with a noble vision, and the perseverance and heart to bring that vision to life.

“This project may take 100 years, but we need to show future generations the land as it once was: with elk, buffalo and flowers. Then they can understand how much we can change it, for better or worse.”