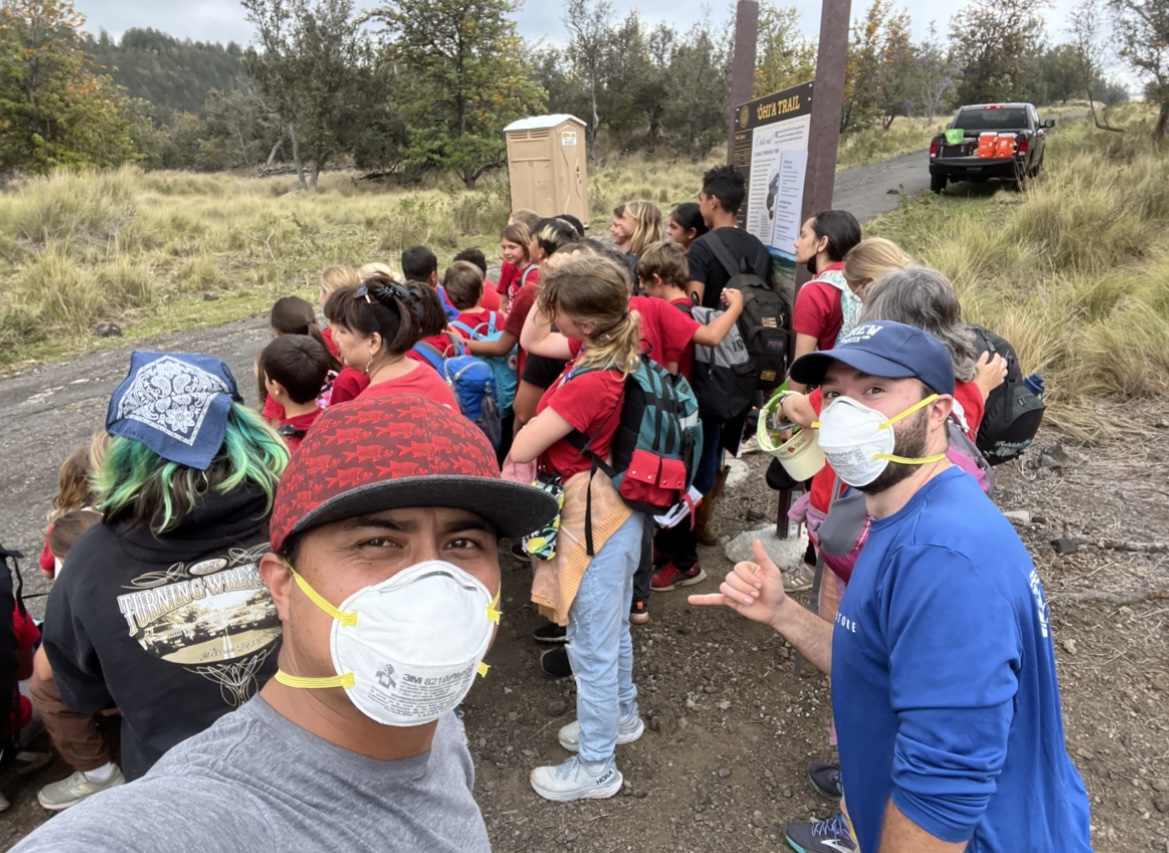 In light of Earth Day, I was asked to help with an outreach project educating 4th and 5th-grade students on rapid ohia death (ROD).

A nice drive to the other side of the island to an area called Pu’u Wa’awa’a (pronounced pooh ooh vah ah vah ah) brings you to the base of a hill that has been fenced off near its top for the preservation of native plants. The fencing of this area has also left a section of habitat for native birds to inhabit. Around and below this hill are the remnants of cattle farming where you can still find wild game such as goats, pigs, and sheep.

In due course, most of the vegetation within reach of these ungulates has been decimated as they grazed their way through the area. The remaining plant life that has been spared from these animals are the trees with leaves too tall for any of these four-legged friends to reach and swaths of fountain graze which pose a potential fire hazard to the area as it accumulates dry biomass in an area that is fire-prone.

For earth day, some coworkers and I set up a tent as a booth where children from a school based on the north side of the island could come to learn more about ROD.

(Unfortunately, I was unable to take more photos because this high-energy bunch had me on my toes most of the time.)

As the schoolkids approached the booth we informed them of what ROD actually was and what could be done to prevent the spread of it.

One preventative measure is cleaning footwear with a brush. Clean of it any debris and seeds then a follow-up spritz of alcohol for sanitation. As you may have guessed, lots of little shoes were scrubbed and sprayed.

Something I learned on this day is that it isn’t entirely the easiest in keeping the attention of children especially when lunchtime is just around the corner.

At this point, the children went on a quick hike. They were all given binoculars to borrow to help them in the search for any native birds that may have been in the area. There was really not much time left with them at this point so the hike was cut short. Fast-forward to after lunch and the kids were sent off on their way back to school to process what they were able to glean from this short adventure in the outdoors.

All in all, I felt that this was a great opportunity for us to share with the next generation the work that we do. It felt great